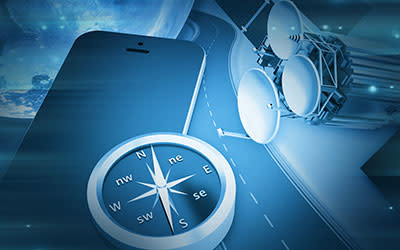 In today’s data-driven world, receivers and sensors along with historical data have been used to hunt down willful and intentional GPS jamming by people wishing to evade tolls, trucking companies, employees wanting to evade employer surveillance as well as sophisticated jamming patterns and spoofing that would require a highly-sophisticated adversary and gear that is not available to the average citizen.

This on-demand webinar gives a brief introduction into the vulnerabilities of satellite navigation and timing systems and the ways in which these vulnerabilities can be exploited. The specific vulnerabilities of GPS-based systems are introduced – the main vulnerabilities of GPS are due to the very low signal strength of the satellite signals. The on-demand webinar also discusses the effect of Radio Frequency (RF) interference on satellite navigation and timing systems and uses some real examples of disruption caused by real-interference events. We also highlight that spoofing can be carried out either at the application layer (using PokemonGO as an example to demonstrate this) or at the RF level – where different examples are used to demonstrate this.

About this On-Demand Webinar:

Vlad is a driven security researcher with a passion for securing technology that makes civilized life possible. He is particularly focused on automotive security, satellite systems security, SCADA systems supporting the critical infrastructure and wireless networks. He specializes in the intersection of physical and network security. He has worked on DARPA projects, established and led penetration testing teams for Fortune 50 organizations, performed incident response and forensics on sensitive production systems within controlled environments, reverse engineered security devices, and participated in countless red team engagements for banks, critical infrastructure, pharmaceutical companies, law firms and research organizations. Vlad has been a speaker at various security conferences including Bsides, DEFCON, HOPE, and ShmooCon. Vlad was a board member for NYC OWASP and remains committed to the security community working together to improve the security posture through developer education, end user training, peer-reviewed code and rigorous standardized testing methodologies.